Want a historic location for amazing photos? Wormsloe State Historic Site might be the right location for you. Its appearance is one of a kind. When you first arrive and approach the entrance off of Skidaway Rd you see the rustic concrete arch with the words “1733 Wormsloe 1913”. As you look through this arch you see an old dirt road. Above the road is a long archway of Live Oak Trees covered with majestic green vegetation and Spanish moss.

Our clients love having their family photos, couples photos, engagement sessions, and surprise proposals at this location. Then want to capture their moment with a part of Savannah history.

Over a Century of History

A breathtaking avenue sheltered by live oaks and Spanish moss leads to the tabby ruins of Wormsloe, the colonial estate of Noble Jones (1702–1775). Jones was a humble carpenter who arrived in Georgia in 1733 with James Oglethorpe and the first group of settlers from England. Wormsloe’s tabby ruin is the oldest standing structure in Savannah.

Surviving hunger, plague and warfare in the rugged environment of Georgia, Jones went on to serve the colony as a doctor, constable, Indian agent, Royal Councilor and surveyor, laying out the towns of Augusta and New Ebenezer. He also commanded a company of marines charged with defending the Georgia coast from the Spanish. Jones died at the beginning of the American Revolution, but his descendants sustained Wormsloe until the state of Georgia acquired most of the plantation in 1973.

Today, visitors can interact with costumed interpreters during programs and events, and view a museum with artifacts unearthed at Wormsloe, as well as a short film about the site and the founding of Georgia. The interpretive nature trail leads past the tabby ruins along the marsh to the Colonial Life Area where, during programs and special events, demonstrators in period dress exhibit the tools and skills of colonial Georgia. The site hosts several events throughout the year, including the “Colonial Faire and Muster” in February, which highlights aspects of 18th-century life, such as music, dancing, crafts and military drills and the “Tools and Skills that Built a Colony” event over Labor Day weekend.

The name “Wormsloe” came from Jones’ township in England: Wormslow (Wormelow) Hundred in Herefordshire. British residents of the town have even visited Wormsloe Historic Site.

When a client chooses Wormsloe State Historic Site as their photo location, we have a couple of price points. Wormsloe can take a little time or a lot of time. For this location, we charge $175 for photos from the entrance to the visitors center. That takes about 30-45 minutes. To do the entrance and go through the park. This can take around 2 hours and for this reason, we charge $250. The park has more to offer than its Live Oak Tree. So if you have the time we recommend spending some extra time in the depts of this historic location. Both prices include a $25 photography fee that the park charges. You will also need to know about the parks admission fees:

This location does offer pricing for events, like weddings. 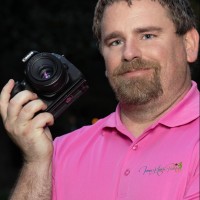